Ask a Scholar: A Burning Question

What's the curious byproduct in my wood-burning stove this year?

A professor's dismissal raises questions about whether religious colleges can protect both academic freedom and a creedal mission.

Charles Lieber was recently charged with “making a materially false, fictitious and fraudulent statement” to the Department of Defense. Lieber, Chair of Chemistry and Chemical Biology at Harvard University, allegedly lied repeatedly to federal investigators about his participation in China’s “Thousand Talents Program,” and in particular about his collaboration with Wuhan University of Technology (WUT) as a “Strategic Scientist.” Lieber’s case is the latest in a slew of reports about proven and suspected Chinese infiltration of America’s universities.

Lieber is a titan in his field. In 2011, his “citation impact score” led Thomson Reuters to rank him the top chemist of the 2000s. Lieber is internationally recognized as a pioneer of nanotechnology, has been awarded a bevy of academic prizes, and has taught at Harvard since 2011, where he leads the Lieber Research Group. He and his collaborators possess more than 35 patents; he has also founded two nanotechnology companies.

Lieber’s great success made him a natural target of China’s “Thousand Talents Program” (TTP), a “talent recruitment program” launched by the Chinese Communist Party (CCP) in 2008. The Senate Permanent Subcommittee on Investigations’ Threats to the U.S. Research Enterprise: China’s Talent Recruitment Plans warns that “the Chinese Communist Party is able to ‘exert exceptional’ levels of control” over the TTP, and reports that China may have signed more than 7,000 foreign scientists and engineers to lucrative employment contracts—exceeding its original recruitment goal of 2,000 more than threefold. TTP paid Lieber “$50,000 USD per month, living expenses of up to 1,000,000 Chinese Yuan (approximately $158,000 USD at the time) and ... more than $1.5 million to establish a research lab at WUT.” That’s on top of his salary from Harvard.

China doesn’t just pose a threat by putting American scientists in its debt, or by reaping the rewards of wholesale research espionage. TTP contracts fundamentally undermine American research values, because they contain “non-disclosure provisions related to their [TTP members’] research and employment with Chinese institutions. The contracts require TTP members to undermine fundamental U.S. scientific norms of transparency, reciprocity, merit-based competition, and integrity.” The government argues that Lieber provides a textbook example of how TTP works. Lieber allegedly used his work at Harvard to support his WUT “shadow lab,” collected millions from China, and left Harvard in the dark. The government’s account also portrays Lieber as no innocent, confused or a dupe. They state that he repeatedly lied to investigators about his TTP membership—that his deception indicated that he knew full well how badly his relationship with China compromised him.

If these allegations are true, Lieber should be fired and banned for life from American academia.

China tirelessly aims to improve its science and engineering, both in pursuit of wealth and as a component of its geopolitical rivalry with the United States. This rising great power frequently uses underhanded means to acquire its rivals’ intellectual property. TTP is one of hundreds of Chinese programs designed to steal American secrets and corrupt American institutions. China’s Confucius Institutes (CIs) work in parallel to TTP under the guise of language-and culture-instruction at American universities. CIs really function as centers of Chinese propaganda and espionage in American higher education.

As dangerous as Confucius Institutes are, the Thousand Talents Program poses a greater threat to American national security. At least American universities know where CIs are stationed and can shut them down at will. Indeed, nearly 30 Confucius Institutes have either closed or announced their closing since 2017. In contrast, TTP operates in secrecy. Who are the 7,000 researchers who signed Thousand Talents contracts? We don’t know—and we shouldn’t have to wait until a TTP member gets caught by law enforcement to find out.

Threats to the U.S. Research Enterprise sensibly calls on federal agencies to “develop a comprehensive strategy to combat both illegal and extralegal transfers of U.S. intellectual capital” and “declassify and disseminate more information on foreign talent recruitment plans.” The web woven by twelve years of TTP operation—not to mention the other 200+ Chinese talent recruitment plans—will be difficult to untangle without well-developed government strategies and widespread public awareness of the problem.

America must protect its intellectual property, not only to bolster our own scientific and technological progress but also to safeguard our nation from external threats of all kinds. Even more importantly, we must protect the American scientific ethos. If a scientist lies about his financial conflict of interest, he could lie about anything. Our nation’s research depends on systemic honesty--and that is utterly incompatible with cooperation with the TTP.

"[PTSS] provides an evidence-proof explanation that lifts away moral responsibility from those engaged in self-destructive, anti-social, and criminal behavior."... 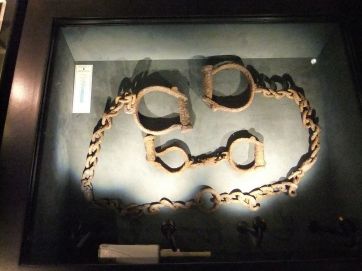 Download an updated PDF that lists all of the Confucius Institutes in the United States, along with information on who to contact if you have concerns.... 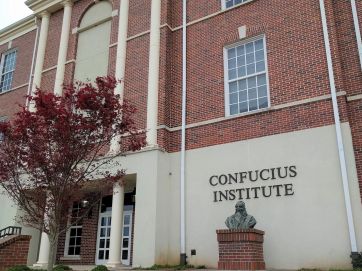 A UNC football star is embroiled in a case involving fraud and plagiarism. My former Pope Center colleague Jon Sanders has the details here. The most disturbing part of this is the "Aw, le...

NAS launches its latest report studying the history and growth of neo-segregation in American higher education....

Ask a Scholar: What Does YHWH Elohim Mean?

A reader asks, "If Elohim refers to multiple 'gods,' then Yhwh Elohim really means Lord of Gods...the one of many, right?" A Hebrew expert answers....