The National Association of Scholars (NAS) is pleased to offer Charting Academic Freedom. The pages that follow are parts of a single chart that compares fourteen published statements on academic freedom in twenty-five categories. The oldest of the statements is the 1915 Declaration of Principles from the American Association of University Professors (AAUP). The newest is the April 29, 2017 Statement of Principles: Free Expression on Campuses issued by Students for Free Expression.

In addition to the chart, we include (1) an annotated Timeline of Academic Freedom, with notable events such as Supreme Court decisions and riots; (2) a list of significant Other Resources by organizations such as the Foundation for Individual Rights in Education (FIRE) and the Heterodox Academy; and (3) a Select Bibliography.

The chart does not purport to cover all statements on academic freedom in American history, or history since 1915. Many colleges and universities have formulated their own statements, often building on the well-known 1940 AAUP Statement of Principles on Academic Freedom and Tenure, but sometimes venturing in a different direction. Before 1915, the concept of “academic freedom” was known to some American academics, especially those who had studied at German universities, but academic freedom was definitely not a well-established doctrine in the United States. In the quarter-century before the 1915 AAUP Declaration of Principles, discontent with peremptory actions by college presidents and trustees and interventions by clerical authorities led to growing interest among faculty members in mounting a defense of what they saw as a legitimate claim to a measure of autonomy. This finally took shape in the 1915 document which became the first sustained articulation of the principles of academic freedom in America.

Academic freedom thus emerged not from state or federal legislation, or from a common law tradition, but by an assertion of will from a small group of distinguished scholars. Much on their mind was the need to defend scholars and scholarship from the prejudices of outside authorities and the general public. The 1915 Declaration was, in this light, a rhetorical statement meant to persuade faculty members themselves that they had certain extra-legal rights, and to persuade the powers-that-be and the general public that those “rights” should be respected. It was an uphill fight carried on in numerous battles over the decades that followed.

Our chart does not attempt to trace those battles. Rather, it offers a synopsis of the most important statements that followed. Some of those statements, such as the 1940 Statement of Principles on Academic Freedom and Tenure, could best be understood as treaties in the long battle between college presidents and faculty members over what “academic freedom” means.

We publish this chart today because America faces a growing crisis about who can say what on our college campuses. At root this is a crisis of authority. In recent decades university administrators, professors, and student activists have quietly excluded more and more voices from the exchange of views on campus. This has taken shape in several ways, not all of which are reducible to violations of “academic freedom.” The narrowing of campus debate by de-selection of conservatives from faculty positions, for example, is not directly a question of academic freedom though it has proven to have dire consequences in various fields where professors have severely limited the range of ideas they present in courses.

This is the situation that confronts us today. Decades of progressive orthodoxy in hiring, textbooks, syllabi, student affairs, and public events have created campus cultures where legitimate intellectual debates are stifled and where dissenters, when they do venture forth, are often met with censorious and sometimes violent responses. Student mobs, egged on by professors and administrators, now sometimes riot to prevent such dissent. The idea of “safe spaces” and a new view of academic freedom as a threat to the psychological wellbeing of disadvantaged minorities have gained astonishing popularity among students.

Even among its defenders, the concept of “academic freedom” is now often muddled with the First Amendment right of free speech. The two are of very different origins, legal standing, and applicability to higher education.

None of these questions has been settled once and for all, but anyone who enters the debate ought to reconnoiter the most authoritative pronouncements on such matters.

Every American ought to carry a compact Constitution in his pocket, to keep America free by easy reference to his country’s traditions and principles of freedom. We hope Charting American Freedom will serve likewise, as a digest of the principles that underlie intellectual freedom

1940 Statement of Principles on Academic Freedom and Tenure

Report of the Committee on Freedom of Expression (Stone Report)

Truth Seeking, Democracy, and Freedom of Thought and Expression (George and West Statement)

Free Inquiry on Campus: A Statement of Principles (Middlebury Statement)

1915: Declaration of Principles on Academic Freedom and Academic Tenure (AAUP)

1940: Statement of Principles on Academic Freedom and Tenure (AAUP)

1968: Pickering v. Board of Education 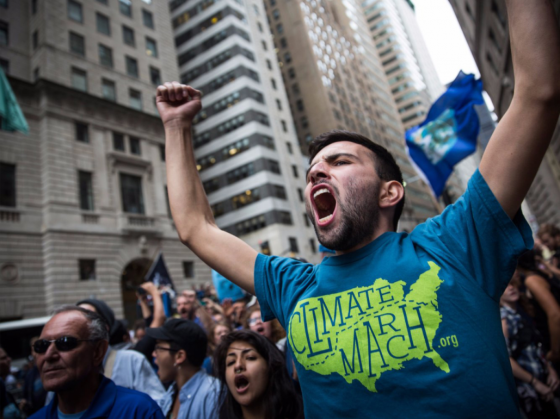 To many, sustainability is just a new name for environmentalism. But the word has come to mean something much larger: an ideology that demands new limits on economic, political, and intellectual freed...