What the West Doesn’t Owe Islam

Editor's note: Dr. Don Mitchell, author of Cultural Geography: A Critical Introduction who was mentioned in Professors Smith and Norwine's Academic Questions article "Remapping Geography," has written a response to their article. Dr. Mitchell is a Distinguished Professor of Geography and Chair of the Geography Department in the at . Below is his text.

I must admit to having found Professors Smith & Norwine’s take-down of geography in general and cultural geography in particular quite bemusing.  This is not only because of its fittingly droll tone; nor is it because I am only Exhibit #2 in their case (being “highly regarded”– not least by my own self – I do always hope to be Exhibit #1); nor is it because they can’t even get basic facts right (like my name: I have known Professor Smith for quite some time and would not presume to call him “Jon;” or like their claim that abstracts for AAG meetings are not published: they are, in paper, on the web, and in those toss-away disks); nor even because of their remarkable abilities of inattention: that it could escape their notice that they – as self-professed non-progressives – have been published in the opinion section of the AAG Newsletter only a scant couple of months (August 2009) after Professor Ross was in a feat of amnesia truly deserving of admiration.

No, it is mostly because, to quote a remark of Carl Sauer (that remarkably conservative scholar – Sauer’s materialism was both a function of, and at the root of, his conservativism), Professors Smith & Norwine, for all their strenuous efforts, end up “bagging their own decoys,” a result which, without a doubt, would not at all have escaped their “eager young cultural geographer” (funny hat or no).

Let’s just take Exhibit #2 – me.  While it is true that I am wont to wear jeans, I am pretty sure I have never owned a black turtleneck (and if I have it was sometime before I became a geography major and was instead studying and making a – partial – living in music, where such clothing also has some currency) and certainly have never shaved my head (shaved heads are much more common among economic than cultural geographers – especially English ones working at the Universities of Manchester and ).  More important, perhaps, is this.  One of the targets Professors Smith & Norwine take aim at is the hidden politics of geographers and their organization, the AAG.  Apparently, when geographers complain about the evisceration of science, they are really complaining about the Bush Administration; when they critique foreign policy, they really just hate the Bush Administration.  When they worry about the censoring of the teaching of Darwinian evolution, they just hate evangelical Christians.  But when one of us (me, again!) wears his politics on his (non-turtlenecked) sleeves, asks students to come to his writing critically (i.e. I state outright what we all do, and what S&N do here – write to convince – and invites students therefore to look for the problems with my arguments), he is somehow just as bad as those dishonest scholars who only hate the Bush Administration (and evangelical Christians).  Even more, by inviting students to assess my politics even as they assess my scholarship (since my politics can no more be cleanly excised from my scholarship than can Professor Smith’s or Professor Norwine’s), I am somehow thinking that students are merely “dupes” who need to be shown the light.  The logic here is not clear, but the point is: if you make an argument where your (assumed) politics are not clearly declared you are a nihilist (or is it hypocrite? or hegemon?) and if you make an argument where your politics are clearly declared you are a nihilist (or, ditto?).  This is droll indeed!  For what have they shot but their own decoys: their problem, hidden cleverly in their long disquisition, is they hate the Obama Administration (I am pretty sure), or it is in the first half; in the second half, where they take their gloves off and get really political, it’s clear that they take us for dupes: that we cannot see through shoddy and inconsistent argument and will follow them on their merry trail to…

… Nihilism!  How we get there remains rather mysterious, but it has something to do with the materialism of cultural geography.  This materialism is rooted in Sauer (one who was no fan of “planning,” and indeed a great fan of “letting things take their natural course”; even more, as even a quick glance at his work makes clear, he really did value letting “those who are truly different go their own way” – all “conservative” traits that also, interestingly had great appeal to a coterie of Sauer-loving Bay Area “ecologists” in the late 1960s, to say nothing of the proto-anarchists who gathered around them).  It is true, I think, that Sauer had little time for Social Darwinism (precisely because he valued those who are truly different, etc, etc.), and perhaps even less time for the neo-Lamarkism that had guided an earlier generation of geographers, but it is not clear that that in itself would lead to “nihilism.”  Apparently, it is instead that “cultural geographers,” who remain, in Professor Smith and Norwine’s telling, “materialists” (if “anti-essentialist” ones) have decided that people are not constrained in any way by nature, or things, or (dare I say it??) structures (you, my readers in this venue, might prefer “institutions” and “traditions,” use that term if you would like).  I hate to bring up Exhibit #2 again (well, actually, I don’t: I’m not sick of him, yet), but if Professors Smith and Norwine had bothered to hold their noses and read beyond p. xv, they would have found, at least in my version of materialist cultural-geographic theory, such a charge is simply wrong.  The whole damn book is about structures and constraints (this is what my students hate about it), sometimes even of “nature” (have a look at the chapter on sex, Jon and James, and you’ll see; or the chapter on race, where I argue it does not exist even though phenotypic variation can be so determinant).  But I am missing their point.  Their point is that, following Sauer, we are interested in survival and not flourishing.  I am a bit guilty here, as are lots of my comrades (I just published a paper, in fact, called “The Geography of Survival”).  That’s because I think survival is propaedeutic (don’t you love that term, it’s almost as cool as “entelechy;” though its translation from philosophy is not exact here, it does convey exactly the meaning) to flourishing: it’s just that I call flourishing justice and demand that it not be an exclusionary property.  So, apparently, because some of us are interested in survival on the way to flourishing, and flourishing that happens not at the expense of others, we are nihilists, and this nihilism is rooted in our materialism itself.

Interesting argument, but not a very “compelling” one (which the Shorter Oxford defines a bit different from S&N, referring to it as something that “compels strong interest or feeling or admiration,” a sense the term has carried since the early 17th c. – no wonder editors want this in the papers they publish).  It becomes even less compelling when Professors Smith and Norwine declare – on the basis of who knows what evidence – that Marxist “preoccupation” with the means of production leads directly to “nihilism.”  It becomes even less compelling because by making that claim the authors simply have no way to account for such deeply conservative (in just the sense they value), but also Marxist and materialist, scholars as Raymond Williams.  (I’ve seen pictures: I don’t think he ever shaved his head; and I bet he owned precious few pairs of jeans; the turtlenecks though are quite becoming).  Williams never rejected Leavis, even if he contested him at any opportunity.  And if you – or they – do not think Williams was interested in human flourishing (as well as the means of production), then you haven’t read The Country and the City, or even his little essay “Culture is Ordinary.”  Even more, if you do not think the limits of nature and institutions and tradition are not right at the heart of his work, then you have not even cracked Marxism and Literature or Cultural Materialism, either of which lay out, precisely, theories of limits.

I bring up Williams because he has been as influential in “new cultural geography” as has (the critique of) Carl Sauer.  And this is what I mean about Professors Smith and Norwine bagging their own decoys: they do not describe anything like cultural geography as it is actually practiced (and argued over): they describe a figment of their own imaginations.  They turn this imagination into a great big juicy target (so big that it seems to encompasses the whole of the AAG, that radical organization that has done so much in recent years to promote geography’s ties to industry, the military, and to other revolutionary sects, while at the same time making room for a few voices like Professor Ross’s and mine [see my radical take on “community geography,” appearing in the same space: world destroying it ain’t!] and Professor Jonathan Smith & Professor Jim Norwine’s early arguments on nihilism).  And then they knock down this big juicy target with only a couple of well-aimed shots.  As for those the decoy is supposed to attract (I know, I know, you are the real meat S&N want to attract, they wrote for you not for me; we are the bait, but please bear with me on this metaphor for a moment longer), we will continue unscathed, comforted not only by the fact that finally geography is becoming important enough to be shot at (and not only by you Jonathan and Jim, rumor has it that Horowitz’s latest gives us a go too), but especially because we know that our arguments must be – and are – more than bemusing: they must be and are rooted in a reality not of our own making.  As Jonathan knows – because we have known each other long enough – Exhibit #2 himself welcomes Professor Smith’s contributions to the understanding of this reality not despite, but because it is so different from my own.

What the West Doesn’t Owe Islam

This article by John B. Parrott on the ideas and contemporary influence of Berkeley professor George Lakoff appeared in the "Academic Revisionism" issue of Academic Questions (vol. 22, no. 4).

Much like the devotional paintings hanging in our finest museums, the Gothic architecture that adorns American college campuses fails to elicit from visitors even the slightest religious fee... 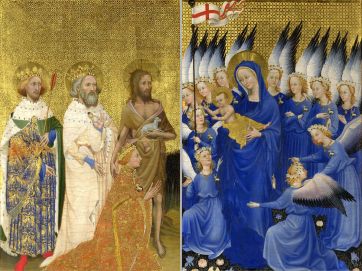 Decolonizing the curriculum is more than just replacing John Stuart Mill with Ta-Nehisi Coates in required reading lists. It’s about advancing a revolution in what we consider to be kn...