This symposium by eight student writers provides an inside...

Are we on the verge of a culture shift? If so, what role will the ivory tower play? Or should the academy remain separate from popular culture? The winter issue (vol. 23, no. 4) of our quarterly journal Academic Questions, now in print and online, looks at the ways pop culture affects higher education today.

NAS members have already received printed copies of this issue in the mail. If you are a member and would like to read journal articles online, email [email protected] with “AQ access” in the subject line. We’ll email you a unique link which you can use to set up your online AQ account. If you are not a member of NAS, please join us! We welcome everyone who agrees with our principles. Membership is renewable annually and includes a one-year subscription to Academic Questions in print and online.

Here are the featured articles from the “Popular Culture and the Academy” issue (there are also additional reviews, poetry, and “books, articles, and items of academic interest,” not listed here). Two of them (“The Other Danger” and “The Canonical Alfred Hitchcock”) are available free at www.nas.org.

The Other Danger... Scholasticism in Academic Research
Lawrence M. Mead, New York University
Even as the academy is drowning in a glut of useless and poorly conducted research, researchers have narrowed their focus to the point of irrelevance within the real world. Prof. Lawrence Mead examines his own field of political science to pinpoint destructive aspects of scholasticism plaguing the social sciences (and mirrored throughout academia) and to describe the path productive scholarship actually takes.

A Counter-Curriculum for the Pop Culture Classroom
Thomas F. Bertonneau, of at
“Popular culture” and “culture studies” have become mainstays of the humanities, and today mainly serve the “politically correct program of the academy’s existing dominant class.” Thomas Bertonneau offers a history of popular culture and, in describing the syllabus of his own course in popular culture, illustrates “one way to wean students from the guilt and self-righteousness” of political correctness—by exposing them “to the world that existed prior to it.”

Get with the Program: The Medium Is Not the Message
Paul A. Cantor,
“With television having matured as a creative medium in the past few decades, it has taken its rightful place among the subjects scholars study seriously.” Prof. Paul Cantor explains why “it is time for academics to get with the program, or rather with all the artistically sophisticated programs television has to offer.”

What the Academy Can Learn from TV
S.T. Karnick, The American Culture
According to S.T. Karnick, despite the prevailing vulgarity of its most notorious programming, television today has moved toward more traditional values. Those objecting to “the agenda of political correctness and ideological prejudice that currently dominate” our institutions of higher education could look to the entertainment media for “possible solutions.” Market forces transformed television, he argues, “and an effort to make higher education similarly responsive to its customers could be just as successful.”

The Canonical Alfred Hitchcock
Michael J. Lewis,
A popular culture medium is capable of producing serious art and artists. While Prof. Michael Lewis disagrees with the how the work is approached today, he makes a case for why Alfred Hitchcock and his films do deserve to be studied in college classrooms.

Theory with a Capital T: Cultural Studies’ Assault on Popular Art
James Seaton,
Before the onslaught of “cultural studies” reduced everything to politics, popular culture was studied by serious critics who applied traditional aesthetic standards to the work examined. Prof. Seaton examines how cultural studies has distorted the academic study of popular culture.

Tarnished Gold: Classical Music in America
Daniel Asia, University of Arizona
Prof. Daniel Asia reacts to a recent article by Heather Mac Donald heralding the present moment as a “golden age” of classical music in , point by point refuting her observations from his experience as a music professor and composer, as well as a member of the ever diminishing audience at classical music performances.

How I “Improved” My Teaching Evaluations: A Survival Manual for the Politically Incorrect
“A Great Teacher”
The pseudonymous “Great Teacher” deliberately decided to lower his teaching standards in order to raise his scores on the “Student-Generated Numerical Evaluation Form” (SNEF), achieving an ulterior goal and unfortunately proving SNEF-critics right on all counts. This article is not for the faint of heart.

“White Privilege”: A Shield against Reason
Douglas G. Campbell, Walden University
Prof. Campbell takes a stand against the unthinking evocation of so-called white privilege hefound on campus and among his students at California State University, Chico, and argues for the reinstatement of true diversity—intellectual diversity.

The Crash of the Quants
Wight Martindale, Jr., Lehigh University
In his review essay of The Quants: How a New Breed of Math Whizzes Conquered Wall Street and Nearly Destroyed It, by Scott Patterson, and My Life as a Quant: Reflections on Physics and Finance, by Emanuel Derman, Prof. Martindale explores the lives of the mathematical geniuses who helped create the quantitative revolution in investment and trading, and considers how their educations, or the lack thereof, may have contributed to the recent financial crisis.

This symposium by eight student writers provides an inside...

The Other Danger...Scholasticism in Academic Research

Researchers have narrowed their focus to the point of irrelevance in the real world, writes Prof. Lawrence Mead. In this article, which appeared in the winter issue of Academic Questions (vol. 23, no. 4), he describes the path productive scholarship must take.

A review of Helen Pluckrose and James A. Lindsay's "Cynical Theories: How Activist Scholarship Made Everything about Race, Gender, and Identity–and Why This Harms Eve... 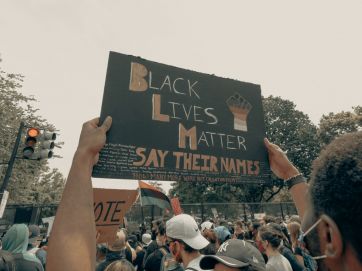 White academics who sign petitions and otherwise advocate for more “diversity” can do something that would immediately transform unrepresentative campuses: resign....