In yesterday's New York Post, Linda Chavez (chairman of the Center for Equal Opportunity) has an article on the higher education bubble and cites NAS's journal Academic Questions (AQ).

AQ recently published two consecutive issues on the idea of a higher education bubble (volume 24, numbers 3 and 4). Chavez quotes from an essay by John Agresto, the former president of St. John's College in New Mexico. Here's an excerpt from thePost article:

The journal Academic Questions recently addresses one aspect of the problem: the higher-education bubble. With the mounting cost of higher education — driven in part by the infusion of government subsidies — many new graduates are finding that the degree they’ve earned is not worth the investment.

A college degree also no longer signifies that the recipient is either well-educated in the traditional sense or that he has acquired specific skills suited to the labor market.At one time, a college degree was a virtual guarantor of secure, well-paying employment. Now, most college grads leave school with large debts — more than $27,000 on average.

As the former president of St. John’s College in Santa Fe, John Agresto, argues in his essay, “The Liberal Arts Bubble,” were it not for the continued infusion of government subsidies and the influx of foreign students, the bubble might already have burst. Agresto points out that the liberal arts has fallen into a precipitous decline.

By 2008, the number of bachelor’s degrees had risen to 1.5 million Americans, but few of these degrees were in the traditional liberal arts. Barely 2 percent of BAs were awarded in history and only 3.5 percent in English literature. Agresto points out that more than a third of undergraduate degrees are now earned in business, health professions and education. Colleges have become trade schools — but far more expensive ones than their for-profit counterparts.

It’s no wonder that students have fled the liberal arts. For centuries, the liberal arts passed on what was best in Western civilization. Agresto explains that what kept Americans from forsaking the liberal arts in favor of the purely utilitarian, despite our practical bent, was that our youth should be encouraged “to pursue inquiry into serious and perennial questions.”

But he also notes that the humanities in particular were considered the “Keepers of the Culture” at a time when we believed we had a culture worth keeping and passing on. Since the 1960s, however, our culture has been under attack, our history rewritten as one of unmitigated oppression and the values our Founders and subsequent generations held dear reviled. Humanities courses in liberal arts colleges have replaced the canon of Western civilization with course offerings in gay scholarship, feminism, race studies and the like — all aimed to show our benighted past and to condition us to a more tolerant future.

Nowhere But the West

Steve Balch reviews The Uniqueness of Western Civilization by Ricardo Duchesne. This review appears in the winter 2011 issue of Academic Questions, volume 24, number 4.

Professor Fox emphasizes the importance of teaching Western culture, given the fragility of today's liberal democratic societies, which exist "on a razor's edge." This article appears in the spring 2012 "Why Study the West?" issue of Academic Questions, volume 25, number 1.

A review of Helen Pluckrose and James A. Lindsay's "Cynical Theories: How Activist Scholarship Made Everything about Race, Gender, and Identity–and Why This Harms Eve...... 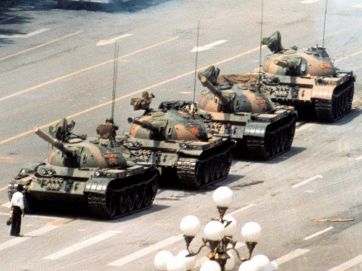 In the Spring 2017 Academic Questions (vol. 30, no. 1), Althea Nagai debates the credibility of microaggressions, suggesting that higher education has blindly accepted their d......