Perhaps as long as people have made maps they have also made maps of imaginary places.  Sometimes inadvertently, of course.  Some cartographers really did think Terra Australis filled up the bottom of the globe or the red marks on Mars were the canals of Martian commerce.  But imaginary maps have mostly been a recreation for those not entirely content with prosaic realities.

Reforming higher education sometimes seems to be a similar pursuit.  It is connected—most likely by an underground passage—to the cartography of the strange and impossible.  Ask the great reformers of the academy in ages past how it worked out.  Even those who succeeded in creating new institutions—think of Thomas Jefferson, Wilhelm von Humboldt, and Cardinal Newman—imagined far more than they achieved.  It is a humbling prospect.  Of course, most reformers have to settle for a lot less.  Fourteen years or so before Milton began mapping hell and heaven and everything in between in Paradise Lost, he published "Of Education," (1644) his proposal for fixing what ailed the English academy.  Like today's reformers, he was not in much doubt about the importance of the education, "one of the greatest and noblest designs that can be thought on," and one "for want whereof this Nation perishes."  Milton's curriculum of Pythagoras and Plato, the grounds of law and the Attic tragedies, pronunciation, grammar, and arithmetic, is as beautiful a dream of an imaginary curriculum as the Arabian Nights is a dream of flying carpets.

Abolish Harvard and Start from Scratch?

Hardly a week goes by when I don't receive two or three proposals from gentlemen (ladies seem less drawn to this cartographic specialization) who have decided, after due deliberation, to tell the world how to put education into good order.  Many of these proposals demonstrate careful reflection, informed understanding, and a keen sense of the obstacles.  Some are brilliant and witty.  Some are scorched by disappointment.  Some are tedious.  A few are delightfully mad.

The imaginary insists on our attention every bit as much, sometimes more than the real.  We may know our way to Tolkien's Mount Doom in Mordor better than we do to actual Mount Erebus.  Recently, to celebrate the 100th issue of our journal, Academic Questions, my colleagues and I at the National Association of Scholars gathered up "One Hundred Great Ideas for Higher Education."  My rules were that we wanted positive ideas and I wanted particular doable proposals.  The former precluded, "Burn the Multicultural Affairs Center to the Ground."  The latter obviated, "Abolish Harvard and Start from Scratch."  Such ideas have a certain jaunty appeal, but they really don't pass muster with the spirit of Thomas Jefferson or John Milton.  We ended up with some worthwhile proposals.  Andrew Delbanco called for teaching graduate students how to teach. Jill Biden wanted to see more mentoring.  Richard Arum called for colleges to report the average grade students received in a class alongside the student's own grade.  Wilfred McClay proposed that students be required to memorize some key American texts.

Many of the ideas were not surprising, but the whole proved greater than the sum of the parts:  read end-to-end the proposals make clear that the task of reforming higher education is far from hopeless, provided that we think in terms of specific reforms.  The moment we think of systemic reform, however, things darken.  The status quo is so deeply entrenched that only a fantasy map will get us out of the Great Gillikin Forest to the Emerald City, from the Inferno to the Paradiso.  Reading those proposals is like turning the pages of Alberto Manguel and Gianni Guaddalupi's The Dictionary of Imaginary Places, each annexing still more, Wonderlands and Lilliputs to the Utopias of yore.

Milton, incidentally, thought it important not to turn students into mere aesthetes.  His curriculum called for 90 minutes before noon of exercises with weapons, "to guard and to strike safely with edge or point" which would keep students "healthy, nimble, strong, and well in breath." I recalled this the other day when a correspondent laid out a concise plan for a new "prestigious college right now."  It was a version of the idea of assembling MOOC courses from places such MIT and Stanford and combining them with a liberal arts core.  But to this the correspondent added extended training in Israeli-style hand-to-hand combat, small arms practice, and a course in nutrition.

Perhaps Milton would approve.  The world is a dangerous place, and the dangers are not wholly imaginary.  Still, if our larger task is to preserve civilization, we probably want to put the greater emphasis on the liberal arts, and seek ways to keep students "healthy, nimble, and strong" without necessarily preparing them for urban combat.

Let's require English majors, as Roy Winnick suggests, to read great literature.  There's a start.  Require students to a take a statistics course, as Howard Wainer proposes.  Or make a stint in the private sector a requirement for academic appointment, as Harry Stein proposes.  But let's brace ourselves for a long, long fight.  There is no simple way to repair the American university or the American liberal arts college.  Some of their worst characteristics are their most ingrained and it will take steady determination rather than a great leap forward to set things right.

That said, I'm all for maps of imaginary places.  To figure out our best destinations we have to have to give them form and substance in our mind's eye first.  But then comes the hard work. 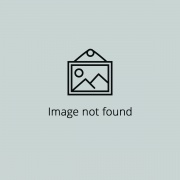 Jane Robbins describes the defects in the Common Core State Standards for English and math; Mark Bauerlein responds, seeing opportunity rather than disaster.

This article on the growing influence of Islam on American charter schools appeared in the "Islam in Scholarship and Education" issue of Academic Questions (vol. 24, no. 1)... 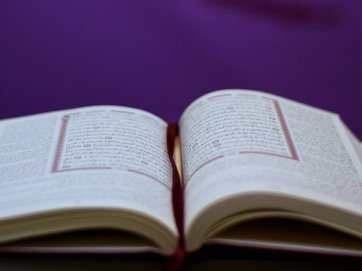 In an attempt to rid our school systems of biased history books, Mary Grabar has confronted the “agitated-prof” Howard Zinn and his book A People’s History of the United St... 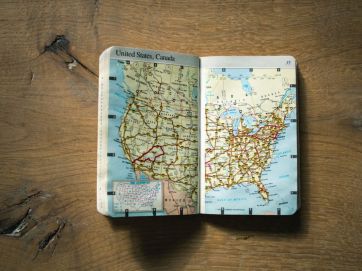 Intersectionalism: A Weaponized Parody of Christianity