A few days ago it was brought to my attention that the Southern Poverty Law Center (SPLC) had been removed from the resource links at the FBI website. This is a coincidence to the publishing of my critical review of SPLC in Academic Questions (vol. 27, no.1; spring 2014). In that review I argue that the SPLC is not a fair evaluator of hate groups. The same criteria it uses to condemn conservative Christian groups would apply to groups that clearly have antipathy towards those conservative Christians. Given my assessment of SPLC it is fair at this point to ask how I feel about the recent change on the FBI website.

To be honest I have mixed feelings about it. I know that the SPLC has played an important role in the movement in this country to greatly reduce overt racism. Yet, as Max Weber has noted, bureaucracies often outlive their usefulness. When they do they often fail to perform the services that once were vital. I cannot help but think that the SPLC has outlived its usefulness since the degree of racial hatred is nowhere near the levels it was when this organization first formed. The removal of SPLC from the FBI resource list may be an important marker of the transition of this organization as one seen as a mainstream organization dedicated to fighting for Civil Rights to one labeled as simply another progressive interest group – much like Media Matters or Daily Kos.

Whether this is just a bump on the road for SPLC or an important marker whereby they no longer have the legitimacy of mainstream American organization will be seen in the coming years. Either way I remain convinced that what is needed is a truly neutral organization that monitors hate speech from the left and the right. Such an organization can greatly improve rational discourse in our society by sanctioning irresponsible speech no matter where it comes from. Unfortunately the SPLC has forfeited its right to be that organization with its unwillingness to criticize progressive hateful speech. If the FBI has realized this forfeiture and as a result no longer includes them as a resource then the FBI has made the right decision.

And We Shall Not All Be Dentists

The idea that there are more than two sexes in human beings is a rejection of everything biological science has taught us. Unbelievably, this idea is coming directly from within the highest... 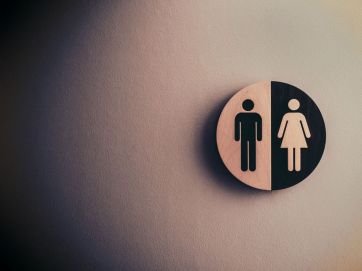 American colleges and universities have long dispensed with efforts to honor or commemorate Christopher Columbus. But according to Robert Carle, “most Americans know very little about...