The War on Due Process

To what should historians attribute the rise of modern environmentalism? The first Earth Day, on April 22, 1970, when twenty million Americans occupied their local parks, streets, and schools to protest oil spills and air pollution? The appearance of Rachel Carson’s bestseller Silent Spring, in 1962, which rallied a popular movement against pesticides for fear that DDT might make songbirds extinct? Or the founding of the Sierra Club, in 1892, by John Muir, who urged scientists and nature enthusiasts to unite to preserve trails and mountain ranges?

Or perhaps it was triggered by the Cold War, when U.S. and Soviet governments hired scientists to split atoms, launch global scientific surveillance, manipulate biology, and engineer natural phenomena into military weapons—thereby making the possibility of man-made environmental catastrophe plausible. This is what Jacob Darwin Hamblin, a historian of science at Oregon State University, suggests in Arming Mother Nature: The Birth of Catastrophic Environmentalism. Following Hamblin’s two previous books on the military-industrial complex and environmental contamination—Poison in the Well (2009) traced public policy debates about dumping radioactive waste in oceans following World War II, and Oceanographers and the Cold War (2005) chronicled international scientific cooperation to study the oceans during the Cold War—Arming Mother Nature identifies one potential catalyst for the environmental movement’s turn from local initiatives to global concerns about widespread disasters. He writes:

Hamblin plants “the roots of today’s concerns about environmental catastrophe in the geopolitics of the Cold War,” contending that environmentalists such as Carson and the Earth Day activists borrowed and benefited from the vocabulary of Cold War military escalation. He draws on military documents, science journals, newspapers, and accounts of strategic documents briefly declassified during President Clinton’s tenure (and subsequently reclassified under Clinton and George W. Bush) to describe the militarization of science during World War II that further escalated after the war.

Hamblin makes three main claims in his historical survey of the scientific-political landscape of the 1940s–1970s. One, as the goals of science and military dominance increasingly intertwined, the scientific vocabulary and worldview became increasingly focused—“obsessed,” Hamblin says—on the idea of environmental catastrophe and on manipulating nature into a tool of warfare. Two, these initiatives prompted people to believe that humanity is capable of altering natural forces, and not always for our betterment. And three, the Cold War’s political context shaped how academic, political, and military leaders reacted to news of climate change—usually by associating environmental regulations (which would slow economic growth and curtail military escalation) with a pro-Soviet agenda.

In reality, Hamblin treats these claims less like hypotheses to be proven than preludes to lull the reader into accepting his preferred conclusions. In many instances, historical dates and chronology as presented are unclear, and the causal links between secret military proceedings and public environmental activism fuzzy. While Hamblin successfully convinces the reader of his first claim and makes a decent case for the second, he hardly addresses the third except as a launching point for other unstated themes.

In his first claim, Hamblin chronicles military and scientific fantasies about conquering nature and nightmares about enemies—usually the USSR—doing so first. During World War II, both America and the UK had set up research centers (at Camp Detrick, Maryland, and Camp Porton near Salisbury, respectively) to investigate chemical and biological warfare techniques and to prepare defenses against similar vulnerabilities. Each country kept these centers in operation after the war ended, envisioning that World War III—should it ever erupt—would incite total warfare in which the soil, plants, air currents, clouds, and the atmosphere, as well as civilians, could become targets. Augmented by new scientific capabilities, enemies might seek to introduce crop-destroying spores, poisons and viruses, brain wave-interrupting lightning strikes, even complicated weather control initiatives to induce drought, snow, sea-level rise, and flooding. “Scientific research in the service of total warfare asked such questions as what did the enemy eat, where were his water sources, what epidemic diseases had his population already been exposed to?” Hamblin explains. National defense required protecting against total warfare—as well as pioneering total warfare techniques as deterrence against such attacks.

As the Korean War raged, therefore, Congressman Al Gore Sr. floated the idea of smearing radioactive waste along the border between North and South Korea, simultaneously disposing of hazardous waste and preventing Communist militants from heading south. Operation Big Buzz dropped hundreds of thousands of mosquitoes packed into bomb canisters over backwoods Georgia to test whether it might someday be feasible to drop yellow-feverish mosquitoes over enemy territory. Project Cirrus experimented with shooting dry ice into clouds to prevent ice from clogging fighter planes, and Project Popeye attempted to induce rainfall in Laos and Vietnam in the hopes of muddying the Ho Chi Minh trail and curbing the mobility of the North Vietnamese. These projects failed to materialize. Production of nuclear weapons, of course, featured prominently in military defense and scientific research—and while Hamblin covers these endeavors as well, he focuses on lesser-known military schemes rather than on the nuclear arms race.

To what extent did these events prime the public to believe reports of catastrophic climate change (Hamblin’s second claim)? Hamblin spends little time discussing this, but the anecdotes strewn throughout Arming Mother Nature make a good case that scientific bravado left a strong impression in the public mind. Most convincing is the slew of doomsday scenarios played out in the popular press. Films such as Fail-Safe (1964) and Dr. Strangelove Or: How I Learned to Stop Worrying and Love the Bomb (1964) amplified fears of nuclear annihilation. And books such as The Population Bomb, Paul Ehrlich’s 1968 best-seller foretelling Malthusian starvation and recommending strict population control, the Club of Rome’s Limits to Growth, which in 1972 described computer simulations that echoed Ehrlich’s predictions, and Silent Spring attracted widespread attention. But many of the initiatives that Hamblin details were test operatives never implemented or even fully vetted. And nearly all, conducted secretly, were shielded from public attention. Hamblin spends little time addressing the more obvious public concerns about the development and use of nuclear weapons and subsequent scares involving nuclear fallout and its effects.

That ill-ease with Russia stymied U.S. environmental regulation (his third claim), Hamblin simply asserts. He seems more interested in developing two follow-on points. The first is the simple observation, chronicled in great detail, that scientific advances required enormous data, and rivalry with the USSR spurred immense U.S. investment into equipment, man-power, training, and international cooperation. By putting Earth under surveillance and monitoring global weather patterns and natural phenomena, scientists were essentially able to spy on enemies (for example, pilots capturing and testing air samples for radioactivity in Alaska were the first to realize that Stalin had successfully tested a nuclear bomb) as well as to create the first synoptic snapshot of complete Earth systems. That data led, Hamblin eagerly points out, to the confirmation of climate change—first, to concerns over global cooling, and later to concerns over global warming.

The second point is subtler: that the establishment’s resistance to environmental messages stemmed from the scientists’ own hubris and their ability to paint all environmentalists as “watermelons”—green on the outside, red on the inside. Hamblin asserts this narrative while ignoring the possibility that catastrophic environmentalism was rejected on rational scientific grounds. Typically, Hamblin adopts a neutral tone, but here he shows his hand by what he omits. Many prominent, well-respected scientists and economists rebutted doomsday environmentalist tracts, and they did so without suffering from military-industrial complexes or falling into zealous anticommunism scares. University of Maryland professor of business administration Julian Simon, for instance, thoroughly refuted Ehrlich’s apocalyptic claims and won a highly-publicized bet with Ehrlich forecasting the non-shortage of resources.

Hamblin neglects to mention such academic critics and cites instead more radical anti-environmentalists, who come off as naïve, Frankensteinian, and in some cases McCarthy-like. Likewise, he ignores what one might expect to be the central question this book should answer: Is “catastrophic environmentalism” warranted or not? Hamblin leaves the scientific question to climatologists, and dodges the historical question of whether it was scientific hype or meticulous data-combing that spurred people to action. That is, did the explosion of mid-twentieth-century scientific tinkering breed a vocabulary of catastrophe that scared people into believing that climate change threatened to destroy civilization—or did scientific exploration provide the data to verify that climate change was happening?

Hamblin never quite answers. The evidence he marshals seems to lean toward the first scenario: None of the doomsdays he chronicles arrived, and many doomsayers, such as Ehrlich, were later discredited. And if, as Hamblin claims, science adopted a worldview and vocabulary “obsessed” with catastrophe, it seems likely that scientists thinking in terms of apocalypse would be disposed to view climate change as dangerous as well. But hints in the text indicate that Hamblin actually leans towards the second scenario. He declines, for example, to cover the criticisms of Carson, Ehrlich, and their comrades, suggesting that he finds their alarmist predictions warranted and useful in spurring the public to environmental action. Hamblin also notes approvingly government expansion of scientific data-collecting that “confirmed” global warming, tracked rising atmospheric levels of carbon dioxide, and discovered that the oceans might hold “missing” carbon and heat (the reigning theory to explain the current sixteen-year cease in temperature increases). And although his thesis that the escalation of the Cold War created the modern environmental movement lends itself to being read as conspiracy theory, Hamblin declines to conclude that environmentalists were driven to hysteria by the nuclear scare.

In that sense, Arming Mother Nature reads a bit like an attempt to conscript the past into the service of the modern environmental movement. Hamblin offers a fascinating look into the military goals of the 1950s and 1960s, but if the scientists of that era armed Mother Nature, he aims to arm history.

The War on Due Process

Demographics, Demand, and the Feds: Why Colleges Will Stay Overpriced

The Tyranny of Allegations 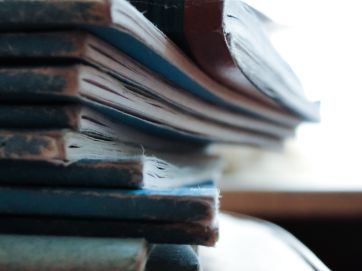