Every summer hundreds of colleges and universities assign one common reading to incoming freshmen, to introduce them to “college-level reading” and to “build community”—and every year the National Association of Scholars identifies and analyzes these books in its Beach Books report.1 The two most popular in 2016 were Bryan Stevenson’s Just Mercy: A Story of Justice and Redemption (the common reading at twenty-four colleges in 2016) and Ta-Nehisi Coates’s Between the World and Me (nineteen colleges)—together, 12 percent of all common reading assignments. These two books give a good sense of the character of common readings as a genre, and of the preferences of common reading selection committees.

Bryan Stevenson is the executive director of the Equal Justice Initiative (EJI), which “is committed to ending mass incarceration and excessive punishment in the United States, to challenging racial and economic injustice, and to protecting basic human rights for the most vulnerable people in American society.”2 In Just Mercy, Stevenson narrates several incidents from his career, in which he seeks to correct what he presents as miscarriages of justice against black prisoners. Some of these he and the EJI are able to right, but not all. Blended with his anecdotes are autobiography, an account of the EJI, and the claim that racism is at the root of the American justice system. For example, “The racial terrorism of lynching in many ways created the modern death penalty. America’s embrace of speedy executions was, in part, an attempt to redirect the violent energies of lynching while assuring white southerners that black men would still pay the ultimate price.”3

Common reading proponents frequently say they aim to spark “conversation,” but Just Mercy is not likely to do so. Stevenson presents his anecdotes of the miscarriage of justice as a complete account of American imprisonment, and in doing so omits consideration of the possibility that the American justice system works tolerably well, that some criminals have committed evil acts that merit imprisonment, or that there is a moral argument for the death penalty. Neither does Just Mercy possess much literary merit. Consider Stevenson’s description of the friends and family of Walter McMillian, an Alabama black man exonerated and released from death row in 1993, as they speak with Stevenson during McMillian’s appeals process:

There seemed to be therapeutic relief in voicing their concerns to me. Before long I heard some hopefulness in their questions and comments. I explained the appeals process and talked about the kind of issues that were already apparent from the record. I began to feel encouraged that some of the information I provided maybe eased their anxiety. We started to joke some, and before I knew it I felt embraced in a way that energized me.4

This account is lucid, and Stevenson has an eye for a well-chosen anecdote that will illustrate his larger polemical points. Yet his prose is bland, lazily phrased, and streaked with modern cliché—therapeutic, embraced, energized.

Just Mercy guides students toward careers in “social justice” advocacy. Stevenson’s own career began with a law school course that required him to do such advocacy pro bono: “Unlike most courses, this one took students off campus, requiring them to spend the month with an organization doing social justice work.”5 Stevenson’s author’s note specifies that “[i]f you have an interest in working with or supporting volunteer programs that serve incarcerated people, organizations that provide re-entry assistance to the formerly incarcerated or organizations around the globe that seek reform of criminal justice policy, please contact us at the Equal Justice Initiative.”6Just Mercy’s conclusion adds that “[w]e started a program for college graduates to work at EJI as Justice Fellows.”7

Ta-Nehisi Coates’s Between the World and Me is a loose essay on the model of James Baldwin’s “A Letter to My Nephew” (1962), framed as a letter to Coates’s son. Coates mixes autobiography, an extended denunciation of the white racism he takes to be the source of all ills in black lives, and ecological apocalypse, all in a self-consciously literary style. “Plunder,” Coates writes, “has matured into habit and addiction; the people who could author the mechanized death of our ghettos, the mass rape of private prisons…plunder not just the bodies of humans but the body of the Earth itself.”8 The fire next time will be global warming, “the fire in the sky.”9 But the thesis of the book is ultimately a justification of the emotions of fear and hatred. Blacks rightly feel “sheer terror of disembodiment”; whites should be regarded as plunderers, enslavers, cannibals, and deserve to be treated as such.10 It is difficult to understand why common reading selection committees thought Coates’s polemic would build “community.” Certainly it does not aim to encourage a “conversation” of reasoned arguments on both sides of an issue. The only “community” it invokes is a mob of enraged protestors.

Of course, polemic can create positive community and conversation. But to achieve that, a writer needs to ground his complaint in complex characterization, and some evocation of common humanity. Richard Wright opens his memoir Black Boy (1945) by telling about how he burned down half his house as a four-year-old from thoughtless mischief. James Baldwin begins his novel Go Tell It on the Mountain (1953) describing his stand-in John Grimes going to church on Sunday. Coates’s opening sentence? “Last Sunday the host of a popular news show asked me what it meant to lose my body.”11 Wright and Baldwin cared deeply about race, but neither reduced themselves, in memoir or in lightly disguised fiction, to cardboard-cutout race men. Coates writes as if he glories in that reduction—which would not, prima facie, recommend his essay as a common reading.

If Coates could write well, this might excuse his subject matter. We know that T.S. Eliot wrote unpleasantly of Jews in “Gerontion,” but we forgive him because “Gerontion” is still a beautiful poem. Sufficient beauty in Coates’s prose might provide a parallel justification—but Coates is not a great stylist. He has a “poetic manner”12—breathless, incantatory—but he strives too self-consciously for poetic effect. Coates writes of coming to Paris:

I did not die in my aimless youth. I did not perish in the agony of not knowing. I was not jailed. I had proven to myself that there was another way beyond the schools and the streets. I felt myself to be among the survivors of some great natural disaster, some plague, some avalanche or earthquake. And now, living in the wake of a decimation and having arrived at a land that I once considered mythical, everything seemed cast in a halo—the pastel Parisian scarves burned brighter, the morning odor wafting out of the boulangeries was hypnotic, and the language all around me struck me not so much as language but as dance.13

This is a pale pastiche of Baldwin—who had attended church enough to know how a sermon should sound, and who wrought his cadences and imagery so that poetry would emerge effortlessly from the conversational rhythms of English:

“The white man’s Heaven,” sings a Black Muslim minister, “is the black man’s Hell.” One may object—possibly—that this puts the matter somewhat too simply, but the song is true, and it has been true for as long as white men have ruled the world. The Africans put it another way: When the white man came to Africa, the white man had the Bible and the African had the land, but now it is the white man who is being, reluctantly and bloodily, separated from the land, and the African who is still attempting to digest or to vomit up the Bible.14

Baldwin writes his polemic with quiet mastery of the English language. Coates’s epigonal essay has some style, but not enough to justify assigning it as a common reading.

Coates and Stevenson articulate different aspects of the cultural politics of modern progressives: the rage of the one the emotional justification for the sustained organizational work of the other. By themselves, these two books characterize much of the common reading genre. Most other common readings are much the same. They advertise prepackaged activism, prepackaged morality, prepackaged poetry, and prepackaged tears.

One could wish for better as an introduction to college.

Critical Race Theory and the Will to Power

The faculty at the top twenty finance departments and the editorial boards at the top finance journals are heavily left-leaning. There is little political diversity in the upper echelon of f...... 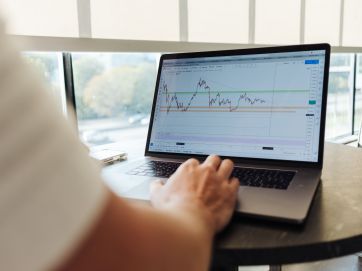 The faculty at the top twenty finance departments and the editorial boards at the top finance journals are heavily left-leaning. There is little political diversity in the upper echelon of f......