A summary of NAS's regional conference held at Grove Cit......

Attendants called the NAS national conference of this past w......

On Thursday, April 12, 2018 the National Association of Scholars honored Amy Wax for her academic courage, and presented her with The Peter Shaw Memorial Award. The Peter Shaw Memorial Award was established to honor the memory of Professor Shaw who, at the time of his death, was the editor of Academic Questions and chairman of the NAS Board of Directors. It is given to recognize exemplary writing on issues pertaining to higher education and American intellectual culture. Previous recipients of the Peter Shaw Memorial Award were Herbert I. London (1996), Mary Lefkowitz (1997), John Ellis (1999), Robert Conquest (2001), Paul Hollander (2002), Stephan and Abigail Thernstrom (2004), Donald A. Downs (2006), Victor Davis Hanson (2009), and Russell Nieli (2013).

For a summary of the controversy, please visit our previous post here. 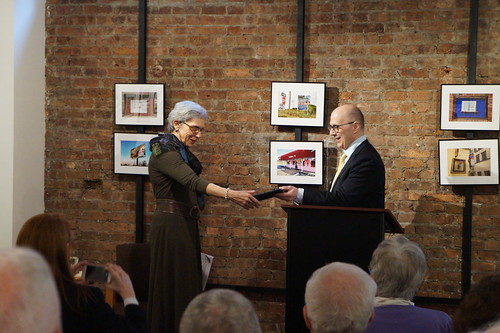 The entire presentation, including Professor Wax's lecture, is also online.

1619 Again: Revisiting the Project's Troubled Past