Mark Zunac is associate professor of English at the University of Wisconsin–Whitewater, Whitewater, WI 53190; [email protected].

This piece originally appeared in “Countering the Counterculture,” a special section in the Winter 2016 Academic Questions (volume 29, number 4).

The recent upheavals on college campuses have been met impressively by critics of the contemporary academy lamenting the loss of civility among students and its correlative threat to freedom. Commentaries have largely assumed that the behavior exhibited by student protesters is either incidental to the broader shortcomings of modern intellectual life or the unintended consequence of fostering specious and ultimately hollow modes of inclusivity and tolerance. What has largely remained elusive, however, is the idea that in the midst of all the administrative pandering and capitulation, faculty and administrators, rather than being alarmed at the ferocity of student demonstrations or ashamed of their own tacit complicity, might actually find that such acting out serves much larger social and political ends.

For those who count diversity as an institution’s top priority, students like University of Missouri hunger striker Jonathan Butler do not signify the dissolution of higher education’s most prized shibboleths. Instead, they represent self-validating reassurance that the institutionalized—that is, unseen—prejudices against which an entire academic-industrial regime has arisen do indeed still exist and are in need of even more top-down remediation.[1] Therefore, the patronizing responses of nearly every university where there have been protests are not so much efforts at self-preservation as they are genuine effusions of empathy and opportunism. The denizens of today’s academy have found both generational compatriots in a perpetual revolution and willing proxies in the faculty and administration to facilitate the excuse of being “offended” as a pretext for censorship. This essay posits that hostility to idea exchange, now systemic, is not incidental to the rise of political correctness on campus, but essential to and wholly consistent with the primary goals of today’s multicultural university, whose mission to enact change within was always designed to have ramifications beyond campus walls.

It should come as no surprise that the tropes employed by today’s ever-multiplying victim classes are studied replicas of safe-campus rhetoric, in which identity is the highest virtue and emotional serenity dictates the terms of discourse. In fact, one paragraph of student demands made at Claremont McKenna College in November 2015, representative of the genre, reads like a compendium of social justice’s greatest hits, all neatly arranged in scripted homage. Fellow progressives, in the form of college administrators, are told that students “require greater diversity” as a way to atone for “numerous microaggressions” committed by a “racially insensitive” faculty who must be compelled to endure “mandatory and periodic racial sensitivity trainings [sic]”[2] as a result of a lack of “respect [for] their identities.”[3] A curricular revamp, also justified by the petulant and toddleresque preface “We want,”[4] would include “offering[s] for critical race theory, community engagement, and social justice issues.”[5] Never mind that Claremont McKenna offers a full menu of identity majors, including Africana studies, Chicana/o-Latina/o studies, Asian studies, and Middle East studies, as well as a typically protean freshman humanities seminar, featuring such congenial titles as “Islam and the West,” “Individual and Society in South Asia,” “Gender and Society,” “Identity and Nation in Latin America,” and “Encounters with the Alien.”[6] Students have been trained to smoke out unfairness in the unlikeliest of places, and even overcorrection seems to yield little satisfaction.

As such, the possibility to engage in what the university likes to call “conversation” grows increasingly remote. It is not conversations that are desired on the campus, even though it is certainly true, as James Kerwick has argued, that in legitimate places of learning, “Students are equally obliged to contribute their respective voices to the conversation and permit others to do the same.”[7] This is often not the case, and the term itself has been, to use another in vogue, “appropriated” by the Left so as to make its regular demagoguery more palatable. On my own campus, a lecture series entitled “A Conversation on Race”—and I use lecture here pejoratively—featured such seminars as “Race Matters,” “Microaggression,” “Whiteness and the Normative American Citizen,” and, for good measure, “The Fight for 15: Low-Wage Women Workers Organizing for Change.”[8]

The rise of an ideological monoculture is a shame, given that the academy’s intensified focus on the liberal arts has distorted their very essence and forfeited the paths to discovery guaranteed by honest and open dialogue. Those disciplines charged with upholding the values of a free society are often at the vanguard of movements to suppress them. As such, the university is useful in its dutiful implementation of today’s progressive new world order, in which “enjoyment of [our] human inheritance”[9] is replaced by reproachful guilt for its coterminous oppressions. Paul Rogat Loeb’s recently reprinted anthology, The Impossible Will Take a Little While, is widely used across the ruins of the liberal arts tradition and is symbolic of ideology’s emplacement within it.[10] The book embodies the “teaching social change” movement and is populated by a menagerie of social justice groupthink: Jonathan Kozol, Howard Zinn, Dan Savage, Bill McKibben, Audre Lord, Bill Moyers, Cornel West, Walter Wink, Terry Tempest Williams, and, what I believe to be a nom de plume, Starhawk. It is a political book, but its intent to help make the (Western) world a better place is carried out by revealing how rotten that world is. Its popularity is revealing. If we can instill in students a moralizing certitude regarding knowable and prepackaged truths, the university, then, at least for the academic Left, has done some good.

It is difficult not to look at a typical liberal arts curriculum without sensing the multiculturalist’s repudiation of the West, a phenomenon distinctly at odds with the transmission of a truly liberal education. This non-Western approach is also one that is immune to self-critique or revision. John Headley is correct when expressing concern that today’s curriculum makers tend to “validate rather than to understand those societies and civilizations different from our own” and that “[multiculturalism’s] wild plumping for diversity…can only lead to the loss of a common culture.”[11] But Headley qualifies even such a modest critique in representative fashion by brandishing leftist credentials and resorting to global newspeak. In making a case for the universalism of liberal Western values, he assures readers that those values must be secularized in order to foster a “comprehensive political community” and, most ominously, a “world citizenry, if not a world governance.”[12] The incongruousness of the appraisal would betray Headley’s agenda, if not for the sycophantic and brazenly partisan identification of November 4, 2008—the day Barack Obama was elected president of the United States—as “the world’s great relief.”[13]

The liberal arts are still being misused to cultivate certain value systems, and, indeed, those exploiting them have set about preparing students for a particular service. It just happens to be the service of the progressive agenda. Many would agree with Eric Posner, who, in justifying the university’s prerogative to delimit free expression, makes the case that in college, students “must be protected like children while being prepared to be adults.”[14] However, this perspective might entail a certain sleight of hand. Protected classes—those who presumably benefit from the current regulatory arrangement—seem to be categorized in accordance with their designated level of historical grievance, but also more importantly with their projected sway at the ballot box. It is thus at the behest of the Justice Department and in the face of their increasing academic outperformance of men that college women still must be considered minorities in need of federal resources.[15] One might question, then, whether protecting students is in fact the motive for the curtailment of speech. Treating students like children prepares them to be children, but it also prepares them for lives unburdened by opposition to their highest ideals.

The expectation that students must never endure emotional or intellectual discomfort will not fade when they are handed a diploma. Rather, they will find that restrictiveness—or, protection from ideas—has a useful appeal in other venues of civic life. One need not look far to see traces of what Michael Oakeshott calls “the eternal undergraduate,” in this case one who equates opposition with menace or threat. It can be compulsory, as in the Left’s obsession with the U.S. Supreme Court’s Citizens United decision, or furtive, as in the persistent muttering over the Fairness Doctrine or senatorial sponsorship of the Orwellian Hate Crime Reporting Act, a bill introduced, but never passed, in 2014.[16] The latter may as well have been the model for officials at the University of Missouri exhorting anyone witnessing “incidents of hateful and/or hurtful speech or actions” to call the police and provide a detailed description of the offender, who would then be subject to disciplinary action.[17]

As university leaders are reduced to groveling or are cashiered for not doing so, attitudes typical of academic life assume a more public and prominent political role. Elizabeth Warren insinuating herself into the business of independent think tanks[18] or Arizona congressman Raúl Grijalva sending letters of inquisition to dissenting climate scientists[19] reminds one of Bernard-Henri Lévy’s regret for the Left’s “threshold of intolerance” for any deviation from the party line during the years of ascendant communism in Europe. There is much to be said, as Lévy does, of the regression of today’s Left toward a posture of complicity in human rights abuses and a willingness to accept a certain amount of repression so long as it achieves some revolutionary end.[20] Their analog is the belligerence that has marked so much of the recent agitation by student radicals acting out the moral and cultural relativism of their forebears.

The university has embraced both the acknowledgment of certain values against which one must not speak and the rights of students not to be encumbered by any personal moral codes of conduct. Efforts at nurturing a supposedly inclusive and tolerant society have assumed the presence of conflict to be the chief adversary. The displacement of freedom by a reflexive antagonism has proven to be an effective political tool. Within the safe spaces being created on the campus are the germs of soft totalitarianism.

Consequently, inquiry no longer holds value nearly as much as one’s ability to imbibe ideological articles of faith. In fact, inquiry, along with all of its potentials and implications, threatens the consensus the Left has worked so diligently to establish. It is not youthful optimism or naïveté that inspires Harvard undergraduates to assert that “academic justice,” or the prohibition of research “promoting or justifying oppression,” must supersede academic freedom as the principal standard of academic legitimacy.[21] Aversion to dissent is an integral part of the radical program, and it has permeated nearly all of academic life by the aggressive application of values incubated within postmodern humanistic study.

The liberal arts have become political activism’s handmaiden, and one need not look far for extensions of the campus’s heavy ideological hand. Nor does one need to be reminded of History’s onward march. It was not long ago that composition purists lamented the affront to clear writing perpetrated by gender-inclusive language. But introducing the “he/she” pronoun conundrum now seems unimaginative compared to the imposition of such inanities as “ze” and “zher” into the already tortuous realm of academic parlance. The Left does not sit idle, and even incremental change pays dividends over time.

One of the great ironies of the postmodern age is that a movement born of resistance and singularly focused on “speaking truth to power” is now in power, and it does not like resistance.

[14]Eric Posner, “Universities Are Right—and within Their Rights—to Crack Down on Speech and Behavior,” Slate, February 12, 2015, http://www.slate.com/articles/news_and_politics/view_from_chicago/2015/02/university_speech_codes_students_are_children_who_must_be_protected.html. 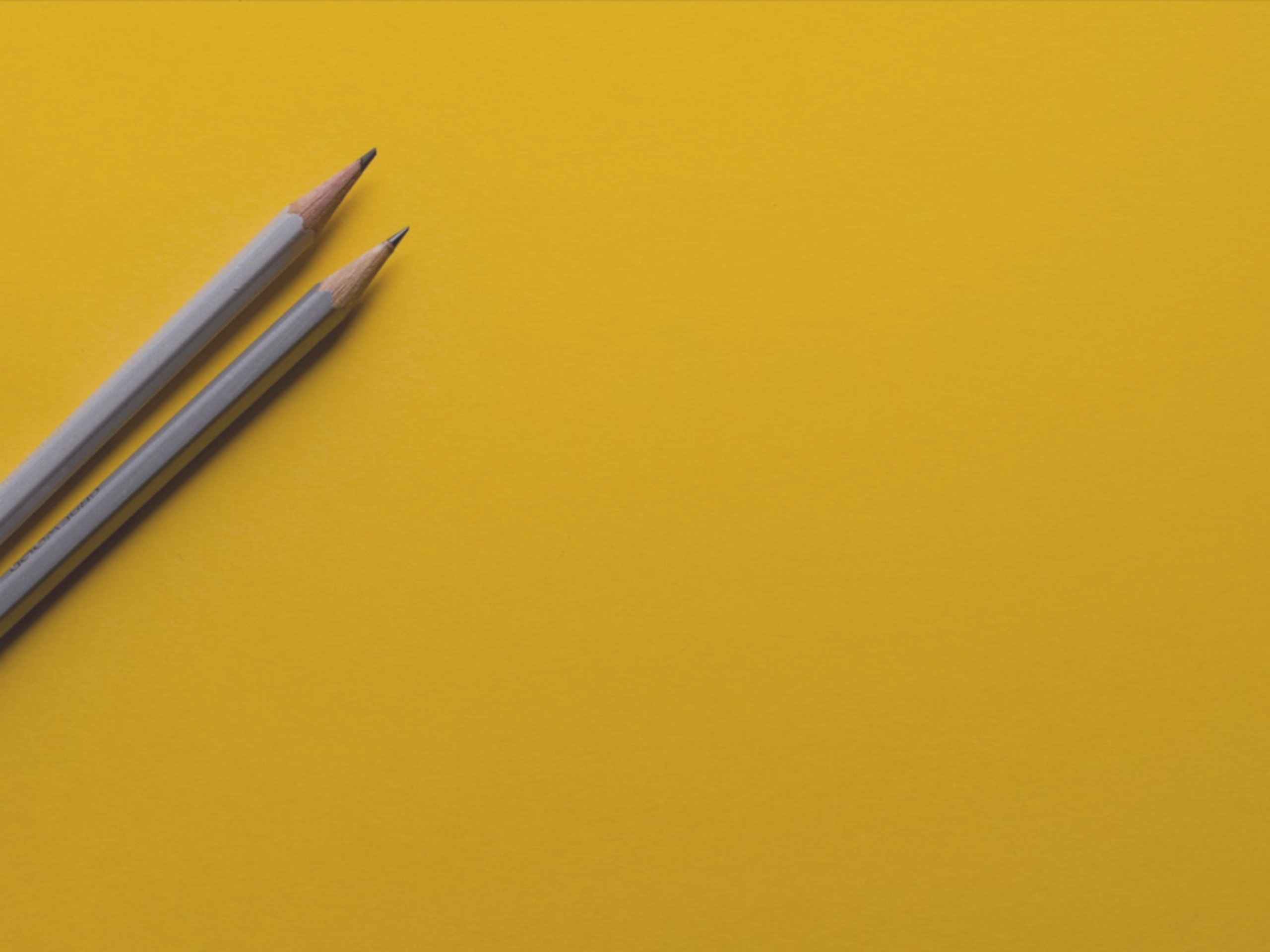 The Strange Career of Title IX

In the Winter 2016 edition of Academic Questions (vol. 29, no. 4), Robert Carle discusses Title IX and its influence on higher education.

The Comeback of Beautiful Music 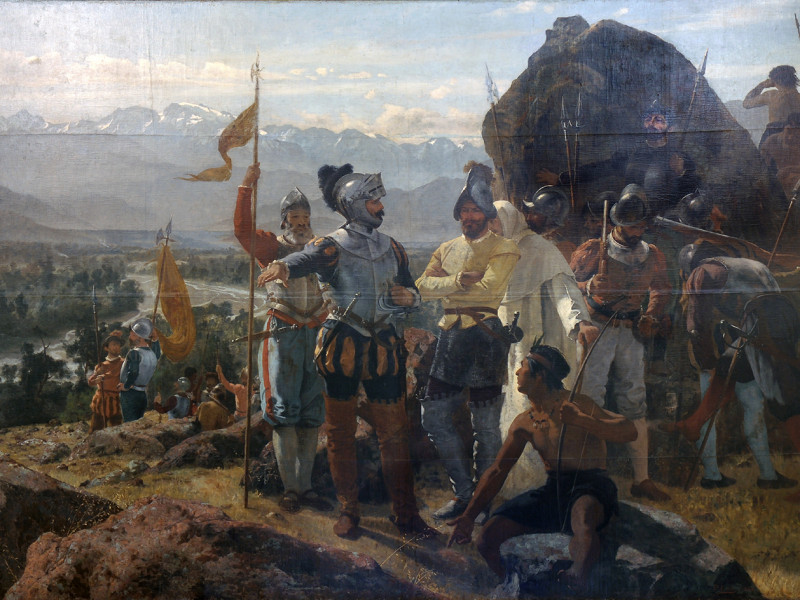